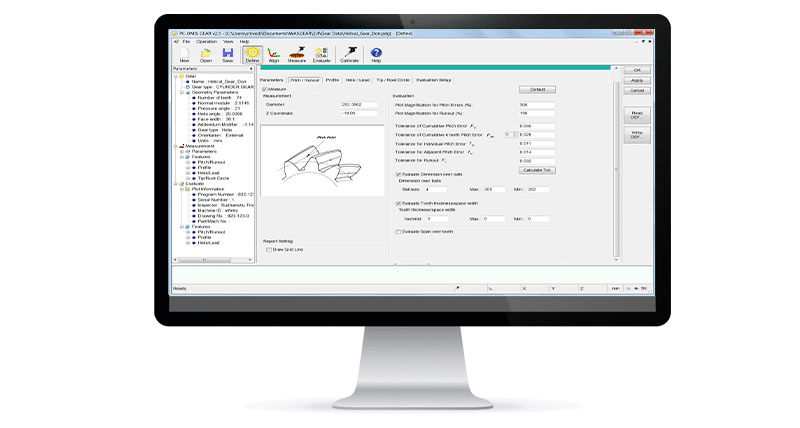 Not only does PC-DMIS Gear have the ability to simplify a difficult measuring job, but it also makes it possible for non-experts to begin measuring gears quickly. PC-DMIS Gear utilizes the core capabilities of PC-DMIS, by using the advanced gear measurement algorithms of QUINDOS, a sophisticated metrology software developed by the engineers at Leitz, a Hexagon Metrology company.

With PC-DMIS Gear, simply tell the CMM software what to do by filling out a rules-driven form, then setup reports by choosing a set of pre-defined, standard formats. After both of these steps are complete, it’s simply a matter of starting the measurement cycle.

PC-DMIS Gear also has the ability to reduce the complexity of part and probe qualifications. Furthermore, using a combination of forms, wizards and pre-defined routines, this system makes it possible for non-experts to calibrate probes and define datums - with minimum effort.

Please fill out the form below and we will be in  touch as soon as possible, thank you!